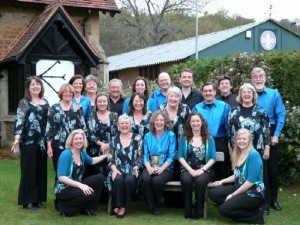 The Surrey Hills Chamber choir competed in the Godalming Music Festival after a break of a year to pursue accolades further from home.

Returning triumphant from the Huddersfield Music Festival, we once again were awarded the top overall marks of any choral group. This year we also won the Tyreman Prize for our rendition of two spiritual songs -Lux Arumque by Eric Whitacre and Daniel, Daniel, Servant of the Lord, arranged by Moore.

Young Voices joined the competitive circuit for the first time this year. Despite nerves and strong competition from much larger independent school choirs with a much higher average age, the Young Voices, which is a non-auditioned community choir, received some glowing praise from the adjudicator for the day, David Kirby-Ashmore.

The competitive atmosphere has given the Young Voices a taste of things to come.